I Ain't Afraid of No Monsters! 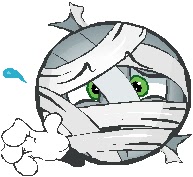 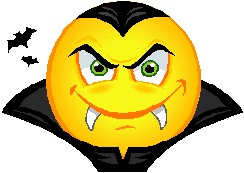 I must confess, I worry a bit about  monsters. Probably not unexpected from a girl who is wishing for fairies to come clean her house and blaming gremlins for that empty orange juice jug.

My monster issues run deep. When I was a child, we lived in an old (some might say creepy) house. To get to the front door, you had to climb up stone steps, and then travel down a long dark path surrounded by bushes on one side and the house on the other. But this was not an average house which would have a normal wall.. Instead it was set high and built into a granite rock. The basement was partially above ground and exited into the latticed covered underside of the porch. The bushes and the lattice created a dark tunnel like feeling. I often ran up the path afraid of what might be lurking behind either side. In fact, one night there was an eerie hissing sound as a I returned home, but that is a story for another day.

The huge porch wrapped around three sides of the house.  If my bedroom window was open, you could step out on the roof , then walk along the roof to the back of the house and climb down into the yard. Our house did not have central air and in the summer my mother would open all the windows wide in an attempt to keep us cool. No matter how hot it was I would take all my stuffed animals and pile them around my neck, then carefully hide under a sheet. If a vampire came through that window, he would get a mouth full of stuffing instead of my nice young neck. I was a monster avoidance expert at 7.

Whenever we stay at a Walt Disney World resort, one of the first things I do is check to see if there are any towel animals in the room. On most visits, you will get a Mickey head on the bed, but sometimes there is something special.

These towels animals are not guaranteed. On some trips we haven't received any, but when we do it always adds a bit of special magic to the trip. Here are a few favorites: 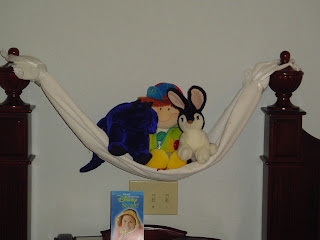 Sometimes Something Has Got To Give

Someone came to my house last week unexpectedly. As she stood in the hall, I cringed. She had a clear view of the overflowing boxes that are part of a playroom reorganization project I never finished, the toys spread across both the living room floor and the havoc in my home office. I said what I always do when faced with messy home guilt.

"Sorry, it is so messy. I've been very busy this week and am in the middle of reorganizing."
Read more »
Posted by Unknown at 12:27 PM 2 comments:

Up All Night For Real - One More Disney Day

In January when One More Disney Day was announced, I thought it was kind of silly.  Why would I want to go to the Magic Kingdom just because it was going to be open for 24 hours straight. There were sure to be hordes of people. But as the date approached, I started to really, really get the urge to go. I hadn't gone to the 40th anniversary at MK and this was an opportunity to go to something that might never happen again. After everyone in my family turned me down, I found a like minded Disney friend. We weren't crazy enough to stay the whole 24 hours, but we were going to after work and stay as long as we could.

When we arrived at around 8 pm, it was much more crowded than we expected, but before long we were welcomed to the special occasion. After a bit of a line we got our pin and schedule. 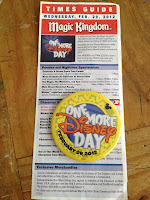 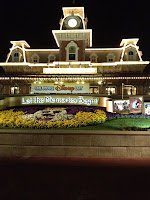 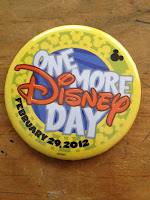